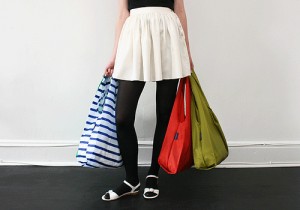 Most of the places known for shopping in Las Vegas are housed in the many resorts up and down the Las Vegas Strip. There is only one space completely dedicated to shopping on Las Vegas Boulevard—the Fashion Show Mall.

With nearly two million square feet, the Fashion Show Mall is home to several dozen shops and restaurants, ranging from specialty shops to large-scale department stores. There are 250 shops in the mall, which include apparel, accessory and shoe shops, jewelry stores, electronics and sporting good shops and luggage, health and beauty, home furnishing and gift shops.

There are a few shops that truly could be considered specialty shops, and it’s these stores that make a stop at Fashion Show Mall more than just another shopping trip. The Art of Shaving, for example, sells high-end razors and offers shaving services. Build-a-Bear, Sanrio and A Pea in the Pod, while found in other locations as well, are a bit different than the mainstream shops too.

For the most part, though, the shops found in the Fashion Show Mall are the same shops you’d find in any mall throughout the United States, though it is a large mall with a large selection of stores to choose from.

In addition to these smaller shops, there are seven anchor stores, which include Dillard’s Nordstrom, Bloomingdales Home, Saks Fifth Avenue, Macy’s, Neiman Marcus and Forever 21.

One of the things that makes Fashion Show Mall a bit different than other malls is the fact that there are several fashion shows that take place every day on the center concourse of the mall. Most of the time, patrons wouldn’t know anything special happens in the area called The Great Hall, but prior to the fashion shows, a stage appears and people begin to converge around it to see fashions from some of the stores in the mall. During the holiday season, typical fashion shows are traded in for a song-and-dance production by Santa Claus and several holiday-decorated models.

If you love to shop, then Fashion Show Mall is worth stopping at, but there’s nothing particularly noteworthy about this mall to put it on your must-go list. What you’ll find here can be found in other places. There are a couple of other things to note about the Fashion Show Mall that patrons should be aware of: