Getting from Fresno to Las Vegas 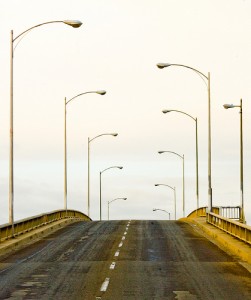 For people in Fresno looking for a long city weekend getaway, there are options beyond Los Angeles. Las Vegas, which is within driving distance, may be better reached by plane.

Driving distance between the two cities is 390 miles / 638 kilometers.

There are several nonstop flights from Fresno to Las Vegas every day. Carriers include Continental, United, US Airways, Delta and American Airlines. Flights with a single stop almost always land in Los Angeles before continuing on to Las Vegas. Flight costs usually run somewhere between $150 and $200, but you should always look for cheap flights to Las Vegas because discounted prices are common. Flight time is about one hour and 20 minutes. Total travel time is about three hours.

There are several buses a day going to Las Vegas from Fresno, California. In most cases, there is a bus transfer in either Los Angeles or Bakersfield. The shortest route, which runs through Bakersfield, takes about eight and a half hours, while the longer routes, which traverse through Los Angeles, can take upwards of 13 hours. Regardless of route or length of time, though, the average ticket price for a bus ride between Fresno and Las Vegas runs from $60.00 to $80.00 one way.

If you want to drive from Fresno to Las Vegas, plan on taking the better part of a day to do so. The shortest route between the two cities, which is approximately 390 miles, takes about six and a half hours to drive. To go this route, travelers should take 99 south out of Fresno for more than 100 miles. In Barstow, California, hop onto I-15 going east into Nevada, which goes all the way into Las Vegas. It really is a straight shot, and though parts of the drive are a bit boring going through the barren desert, it can be a quick drive as long as there’s minimal traffic. On Friday afternoons, the traffic going east on I-15 can be nightmarish.

Additional routes head through Los Angeles, but unless you need to stop by the city to pick someone up, there’s no reason to add the extra mileage to your journey.