Getting from Salt Lake City to Las Vegas 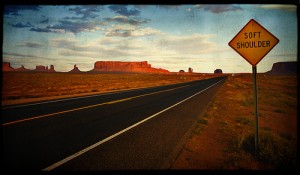 Whether you’re hopping down to Las Vegas for a long weekend or heading into the desert for an extended vacation, the fact of the matter is that Sin City really isn’t all that far away from Salt Lake City, which is located in northern Utah. If you’ve got the time to spare, consider driving between the two cities so you can take advantage of some of national parks in Southern Utah, but if you’re crushed for time, it might make more sense to fly.

Driving distance between the two cities is 425 miles / 683 kilometers.

Grayhound runs direct bus service from Salt Lake City to Las Vegas. This takes approximately eight hours depending on how long the scheduled layovers are, but no transfers are required en route. Tickets for this trip cost between $55.00 and $71.00, depending on how you purchase your ticket and if you’d like the ticket to be refundable.

>>More information on riding the bus to Las Vegas.

Whether you choose to rent a car or drive your own, expect to spend the better part of a day making the trip. The shortest route, which is directly down I-15 from the heart of Salt Lake City to the heart of Las Vegas, takes about six and a half hours to drive. For the most part, this drive is simple and straightforward with particularly beautiful scenery throughout Southern Utah and the small corner of Arizona you must drive through. Be cautious as you drive through St. George as the city has a reputation as a speed trap.

>>More information on getting to Las Vegas.