Which airfare site will find the cheapest fares to Las Vegas? 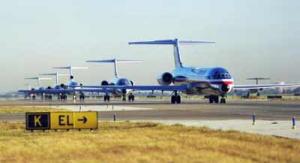 Today BootsnAll published an article that compares 7 of the major airfare search engines in a battle royal to see which is the cheapest. They compared all the best-known airfare sites on six different trips to see the best price each could come up with. Does it seem like Expedia, Hotwire, Kayak, Orbitz, Priceline, SideStep, and Travelocity all have the same prices?

Well, sometimes they are close, but the tests did reveal a clear winner. Find out which airfare site is the cheapest. Las Vegas was one of the destinations used in the tests, so if you are considering booking a flight to Sin City soon this comparison might just save you a bit of money.