This week, the Latin Recording Academy announced that their top honors show, the Latin Grammy Awards, will be returning this year to Las Vegas. 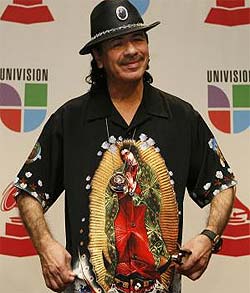 The show will take place at the Mandalay Bay Events Center on Thursday, November 5, 2009. The Univision Television Network will air the awards live starting at 8pm (ET), and the show will also be seen internationally in more than 110 countries.

Not only will this event mark the best in this year’s Latin music community, but this awards show will also be celebrating its tenth year, so I expect many special celebrations to be incorporated into the events surrounding the show.

“Celebrating the first decade of the Latin Grammy Awards is an extremely exciting moment for The Latin Recording Academy,” said Gabriel Abaroa, President of The Latin Recording Academy, in a press statement. “We have spent the last nine years forging partnerships, building a strong membership base and giving music fans truly amazing Latin Grammy moments. Following the success we have recently achieved, in this milestone year we are thrilled to bring back the telecast to Las Vegas’ thriving music community, as well as work with our friends at Univision on another memorable Latin Grammy show.”

The last time the awards were held in Vegas was 2007, and the week before was also host to a number of other Latin artist shows and events. As I get details on those, I’ll be sure to post about them.

Nominees for the 10th Annual Latin Grammy Awards will be announced on September 17. Ticket prices and on sale dates for the event should also be announced shortly.