Las Vegas Deals are crazier than ever 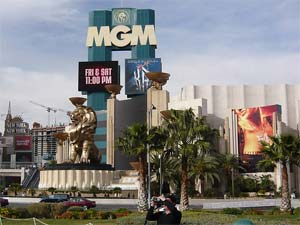 In case you haven’t heard, Las Vegas is among the places that has experienced just a bit of a downturn in the past year or so. I’m guessing you have heard that, but still you may not be aware of just how insane things have gotten here recently.

First of all, flights to Vegas have always been quite affordable since literally every major US airline flies into the city so competition is fierce, but these days things have gotten desperate so you can now book a flight for about half of what it would cost another year at this time. Summer is actually one of the slower seasons in this city, so the airfares tend to be cheap, but this year it’s even cheaper, probably by quite a bit.

But even if you had to pay a normal amount for the flight you’d still be doing well, since Las Vegas deals on hotels are at jawdropping levels. For example, you can book several different hotels in the Downtown Vegas area starting at $19 per night, and these are pretty nice places as well. Thanks to the big casinos, they can sell these good rooms for next to nothing just with the hopes of getting you in the gameroom.

And while discount hotels are usually pretty easy to find in Las Vegas outside of certain holidays, you can now stay on the Vegas Strip for rates starting at $24. I’m seriously thinking about giving up my apartment and just moving into one of those places since it would be quite a bit cheaper in the long run.

You can stay at the Hooters Hotel just off the Strip for $24, or the Sahara or Circus Circus right on the Strip for $25 per night. Even the Tropicana, which is on the Strip and has an amazing pool area, is $27 for midweek rooms now. Just put your dates in the hotel widget at the top of the page and you’ll get all the best prices. It’s a buyer’s market so all the top hotels are slashing their rates just to keep the casinos from being empty all summer. What are you waiting for?