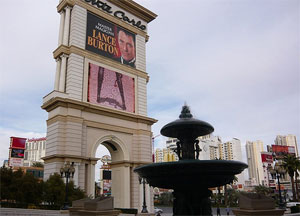 Whew! I’ve just updated our Las Vegas Deals page with some new April offers and we now have more deals than ever. In case you are just finding this, we have a permanent page where we keep all the best Las Vegas airfare+hotel deals we can find, and we’ve also been adding hotel-only deals to the top of that same page.

A few of the new deals expire in just the next few days so you don’t want to wait too long to check them out, but the good news is that a few of the new deals that have been added will be good for at least a few months. With these hotel deals you get a reduced room rate and special things included like dining credits, free show tickets, free drinks, and some other interesting offers. Some have restrictions so you can only use them certain days of the week, but if you schedule matches with these they can be MUCH better deals than you get just by searching on a regular travel site. Check out the new Las Vegas Deals and don’t forget to scroll down to see the airfare+hotel deals.