14 Gifts for the Las Vegas Lover 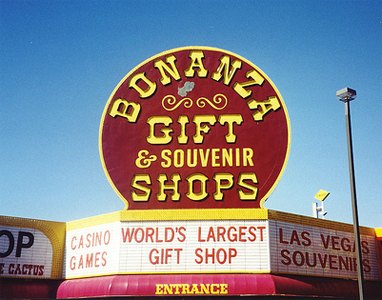 There are people who don’t mind an occasional trip to Las Vegas, and there are people who simply love the place to death. The first group might appreciate a warm sweater or pair of those socks with individual toes in them this holiday season, but the latter group will really appreciate something cool. The list below should give you some ideas for some fun and surprisingly cheap gifts you can bestow upon that loved one who would live here if he or she could.

There are gifts in this list starting under $10 and nothing over $50, so you might be able to afford several of them or use them as stocking stuffers. Better yet, several of these are currently on sale with really nice discounts, so this is actually a good time to buy many of these.

The Unofficial Guide to Las Vegas 2009

Of course there are many different guidebooks from which to choose, but the Unofficial Guide gets the best reviews and is the most complete of all. The 2009 edition features 480 pages crammed with reviews of virtually every hotel, restaurant, show, and nightspot in the city, complete with rankings and critiques from previous guests. There’s also shopping info and a guide to getting the most out of your gambling money. 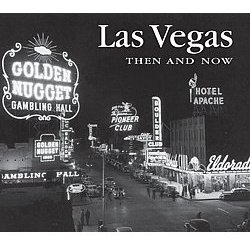 Las Vegas: Then and Now

True fans of Sin City are fascinated by how it’s completely changed many times over the past decades, and how the classic architecture of old has given way to even more outrageous architecture of today. This 144-page coffee table book compares the old Las Vegas with what’s here today, and should be a big hit with anyone interested in the nostalgia of this city. 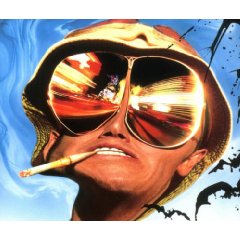 Fear and Loathing in Las Vegas: A Savage Journey to the Heart of the American Dream (Paperback)

Long before it was a disappointing and mediocre movie that only hardcore Johnny Depp fans could stomach, Fear and Loathing in Las Vegas was a classic book that helped make writer Hunter S. Thompson a legend. It’s the early ‘70s and Thompson and his “attorney” head from Los Angeles to Vegas to cover a motorcycle race, with the help of a trunk full of drugs. It’s a great read for anyone, and the best place to start to decide if you like Thompson’s work or not. If you aren’t the reading type you can actually buy the DVD for even less than the book at this point. 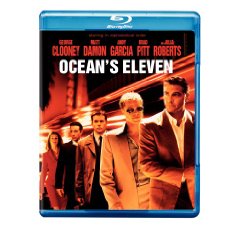 The ultimate Vegas heist movie has got to be Ocean’s 11, and lucky for all of us it’s been made twice, each time with an all-star cast that more than makes up for any plot weakness. The original is now available on DVD, and the remake is now out on Blue-ray. 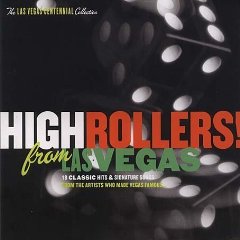 If you are having a casino night or Vegas-themed party, it would be hard to top this collection of gambling songs performed by the stars of the ‘50s and ‘60s Las Vegas Strip. You’ve got Dean Martin, Sammy Davis Jr., Wayne Newton, Peggy Lee, and many more. The only notable absence will be taken care of just below. 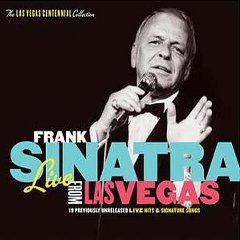 While Wayne Newton might be the singer most closely associated with Las Vegas, have you ever tried to listen to an entire record of his? Nope, if you want an entire listening experience you should look no farther than Old Blue Eyes and his Live in Las Vegas collection. 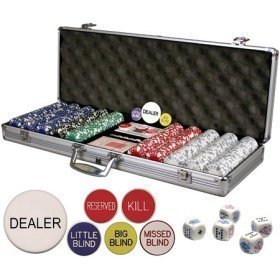 If you are thinking about getting a home game of Texas Hold’em going, don’t even think about buying those cheap lightweight chips that you used when you were a kid. These are the real thing (11.5 grams each), and this set also comes with 2 decks of cards, 5 dice, and all the dealer buttons you’ll need for a realistic experience at home. It’s got a sturdy case to hold it all, and it’s surprisingly cheap right now as well. 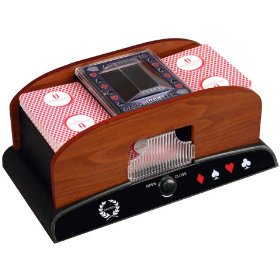 Again for your home game, this card shuffler is way faster and better than any of us amateur dealers will ever be, and it’s $11.99 right now, so what more could you want? Put the cards in, push the button, and boom, they are ready to go again. 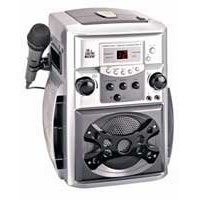 There are many karaoke machines on the market these days, and unless you are really serious about it you probably don’t want to spend a fortune on one. This unit is under $50, quite versatile, and gets great reviews from current owners. Buy yourself some Vegas-themed karaoke CDs and you’ve got a can’t-miss party going already. 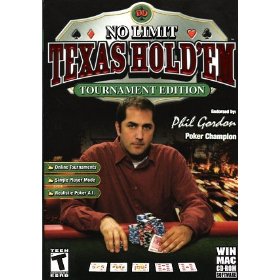 Everyone loves Texas Hold’em these days, and people who just can’t get enough will love this computer game endorsed by famous pro and host Phil Gordon. You can play online or offline with this game, and improve your skills much more quickly with the hand-evaluation tools and the artificial intelligence built in for your opponents. At just over $10, it’s hard to go wrong with this one.

There are plenty of poker books out there now, but only one series endorsed by Doyle Brunson, who is probably the biggest star the game has ever seen. This book isn’t the cheapest, but many consider it the best, and learning to play this game is not the sort of thing you want to pinch pennies on anyway, right? 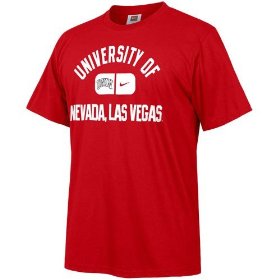 No one who really loves Vegas would ever wear one of those cheesy souvenir t-shirts, at least not while sober, but this is different. UNLV is a respected university that used to have a champion basketball team, so this is the coolest way to wear Vegas on a shirt. 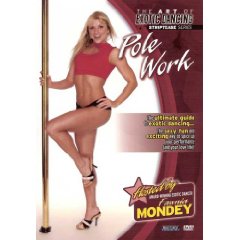 Whether you realize it or not, Las Vegas has arguably the best strip clubs in the world, so it’s understandable that the Vegas fan in your life might appreciate if someone were to learn the art of exotic dancing and pole dancing to help keep him or her entertained. This DVD unlocks the secrets for under $15.

There are plenty of glossy cocktail recipe books with great photos, but those are a sucker bet compared to this one, which packs recipes of anything you can think of into one handy book that sells for under $13! Would you rather look at photos of cocktails or actually make them with expert instructions? I hope the answer is clear, folks.