The Joint at the Hard Rock Reopens

Last month, hard rock icons Motley Crue closed down the old Joint at the Hard Rock entertainment venue with a weekend of music.

This weekend, the venue reopens with another slew of great shows by the likes of Vegas’ own The Killers (April 17), Avenged Sevenfold w/ Atreyu and Rev Theory (April 18), and the legendary Paul McCartney (April 19),

So what can concert goers expect from the revamped Joint at the Hard Rock? 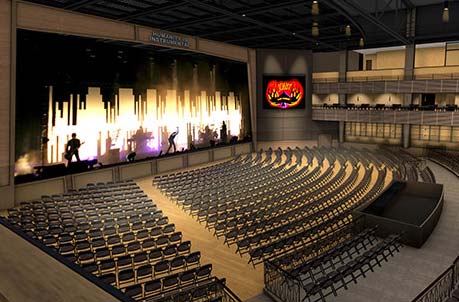 For starters, the new venue is almost twice the size of the former, with a capacity of 4,000, allowing for the Joint to bring in larger shows. Yet even though it can hold more people, the new design of the Joint means the furthest seat in the house is only 155 feet from the stage, thanks to multi-level stadium seating.

Technology-wise, the new Joint has upped the ante with a new sound and light system. A substantial chunk of the reported $60 million price tag for the renovation went towards this upgrade, that includes new state-of-the art speakers both inside the concert area, but also the bar areas and lobbies. Large video screens have also been added on either side of the stage, as well as an additional 38 flat screens throughout the venue.

Also new for the Joint is the signing of legendary musician Carlos Santana as its first artist-in-residence. Santana is currently contracted to perform his new hits show, “Supernatural Santana: A Trip Through the Hits,” through 2010 at the Joint at the Hard Rock. The first show will take place May 27, 2009. And per the contract, it will be the only place west of the Mississippi River in the U.S. where fans will be able to catch the artist live in concert during the span of the contract.

Santana, along with Las Vegas Mayor Oscar Goodman, was present at the grand reopening ribbon cutting celebration on April 14, 2009. Here is a clip from YouTube of the ceremony, courtesy of the FineHomesLV blog:

I think it’s safe to say Santana is much better with a guitar than an over-sized pair of scissors.

If you can’t make it to this weekend’s opening shows, here are some more photos, courtesy of the Hard Rock, of the new and improved Joint entertainment venue. What do you think of it? Think it was worth the cost? 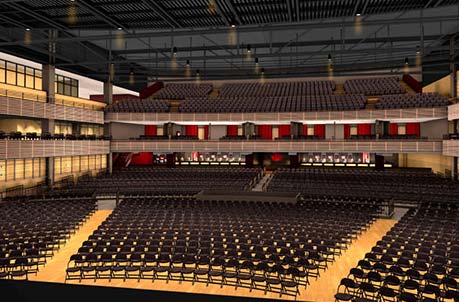 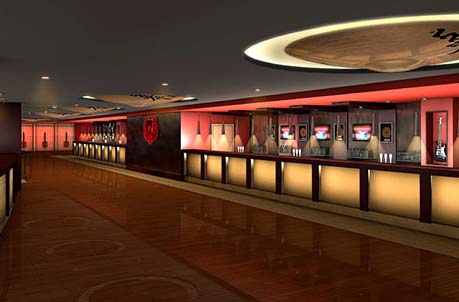