The New Frontier Reduced to Rubble

It’s a little after 3am on Tuesday, November 13th, 2007, and the Frontier Hotel (also known as the New Frontier) is no more. After a two-hour buildup and a few test fireworks, the sky above the Strip lit up with a full-on fireworks show at 2:30am.

Lights then counted down from ten on the southern side of the hotel, which had already been prepped for the implosion by the removal of windows and sections of the outer shell. As the timer reached zero, the number hovered for a few seconds before the big booms signaled the charges had been detonated.

Falling on top of its foundation, the building crumbled into a pile of rubble around 2:40am. A huge cloud of smoke billowed into the air from the explosions and the impact of the concrete, and we in the media area were blessed that the bulk of the dust and air debris was blown away from us, providing a clear look at the hotel’s final moments.

I’m still working on editing the video, but here are a few photos taken during this early morning event. This truly has to be one of the top most memorable moments I’ve ever witnessed, seeing this slice of Vegas history gone in a matter of minutes.

Were you there? Let us know what you thought in the comments. 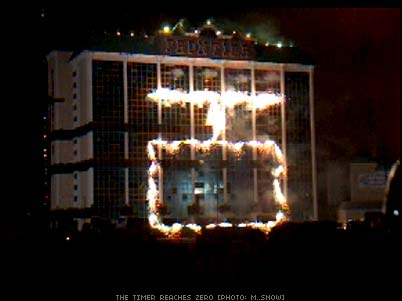 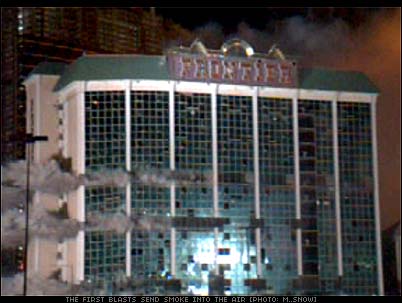 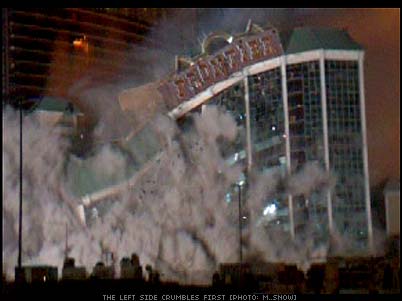 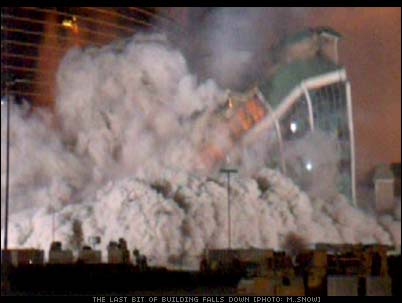