If you passed by the Paris Las Vegas resort last Thursday and thought one of the fountains looked odd, you weren’t mistaken. If you took a closer look and realized the water was running blood red, your eyes were not playing tricks on you. 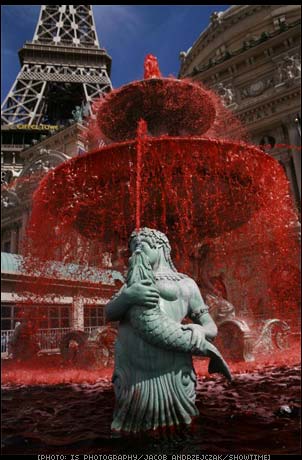 As part of a cross-country promotion to advertise the second season premiere of its hit drama series “Dexter,” Showtime partnered with the resort to turn the waters in the fountain the color of blood for a few hours. A street team dressed in lab coats was also on hand during the event, distributing “Dexter“-branded items for the show. 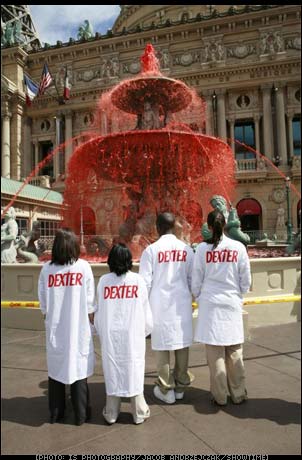 It was all a homage to the show’s main character, Dexter Morgan, a blood-spatter expert with the Miami Police Department who in his spare time is a serial killer who targets criminals.

It’s an interesting promotion to undertake, but I can imagine seeing blood water running out of a fountain on the Strip would’ve been strange to most.

For more photos of this event, and the other blood fountains Showtime took over, visit showtime.pop2life.com.

Did you see the promotion happening? Let me know what you thought of it.