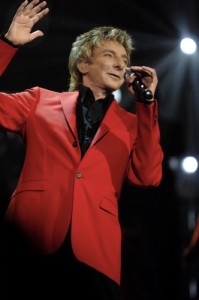 Though Paris Las Vegas isn’t home to any over-the-top productions, there are still plenty of entertainment options to keep you occupied.

Legendary singer-songwriter Barry Manilow currently has a show at Paris Las Vegas. One of the top-selling, chart-topping adult contemporary artists of all time, Manilow had 25 consecutive top 40 hits between 1975 and 1983, and now fans can catch his show live in Las Vegas. Manilow’s show at Paris Las Vegas is very different than any of his other performances and is focused more on romance and love.

Shows are Friday through Sunday at 7:30 p.m.

Anthony Cools is not your average hypnotist. His show, “The Uncensored Hypnotist,” is an R-rated version of the average hypnotism show. During the 90-minute performance, Cools invites audience members onto the stage, hypnotizes them and runs them through a series of skits that elicit responses ringing of sexual innuendo and humor. Prepare be impressed by Cools hypnotism skills and the hilarity that results from it.

Shows are nightly at 9:00 p.m. Dark on Monday and Wednesday.

Check out performances nearly every night of the week at Le Cabaret. Though it’s located just off of the casino floor, it offers an open, intimate seating space reminiscent of an outside garden area.

Las Vegas has a handful of piano lounges, and Napoleon’s is considered to be one of the best. The lounge has an upbeat but sophisticated vibe that features live entertainment every night. Guests are also welcome to enjoy a cigar / pipe lounge, appetizers, premium liquors and more than 100 sparkling wines.