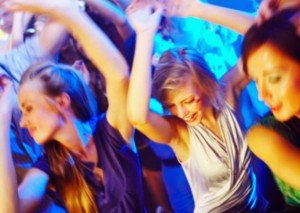 Some people say that Las Vegas doesn’t have any culture. This is primarily because the city doesn’t boast the museums, statues, parks and historical landmarks that most people come to associate as destination attractions. Rather, this peculiar city is the attraction with its bright colors, blinking lights, oversized theme hotels and over-the-top playground-like atmosphere.

So what is it, exactly, that draws people to Las Vegas? If you don’t come just to marvel at the weirdness and strange uniqueness of the city, there are still several attractions that are sure to capture your attention.

Despite what most people are led to believe, most people do not travel to Las Vegas simply for the gambling. However, once they arrive in Sin City, it’s highly likely that visitors will play at least a few dollars on the casino floor, hoping to hit the jackpot. Even if you aren’t a gambler, the casino floors in Las Vegas really are unlike anything you’ve likely ever seen before. At least walk through one to check it out.

This four-mile section of Las Vegas Boulevard South is arguably one of the most famous stretches of road in the world. Flanked on both sides by some of the world’s largest resorts, internationally renowned restaurants, incredible shopping opportunities and countless shows, the Strip is home to extravagant, weird, interesting and fun sites all packed into a relatively small space.

The “original” Vegas isn’t nearly as flashy or fancy as the sites found on the Strip, but this area of Sin City is iconic in its own way. When people refer to downtown Las Vegas, they’re usually talking about Fremont Street Experience, a large pedestrian walking mall lined with low-ceiling casinos, strip clubs and kitschy souvenir shops. Overhead, a huge screen provides free light show entertainment several times a night. Though downtown can be a bit seedy once you leave the well-traveled section of Fremont, there are some restaurants, pubs, coffee cafes and boutique shops worth checking out in this part of town as well.

Whether you’re looking for comedy, music, whimsical or adult-only, there’s a show for every one in Las Vegas. In addition to being the home for a growing number of Cirque du Soleil shows, Las Vegas is also the home base for several A-list comedians, musicians and performers who entertain crowds on a nightly basis. Though Las Vegas shows can be a bit pricey, seeing a performance in Sin City is practically a must-have experience.

Las Vegas has, in recent years, become known as a happening place for nightlife. A-list celebrities make appearances nearly every weekend and some of the hottest DJs on the planet call Las Vegas home. People line up for hours and pay astronomical prices for drinks just to be a part of it … and rightly so. If you want to experience what a true nightclub is like, then there’s no better place to do it than Las Vegas.

Though Las Vegas isn’t known for its museums, that doesn’t mean it doesn’t have any. In fact, the city has a couple art museums worth your time as well as a children’s museum, desert preservation area, botanical gardens and other similar attractions. You may need a rental car to reach some of these sites, but don’t disregard Las Vegas as a cultural hub until you’ve explored these sites yourself.

Prostitution is illegal in Las Vegas but strip clubs are abundant. Strip clubs are not located on Las Vegas Boulevard, and you’ll need to travel off of the Strip find them. There are a few located on Industrial Road, located parallel to the Strip on the west, and there are also several downtown including on Fremont Street. Strip clubs are big business in Las Vegas, and though they’ll all be happy to take your money, not all clubs are created equal. If you aren’t comfortable where you are, move on until you find one that puts you more at ease.