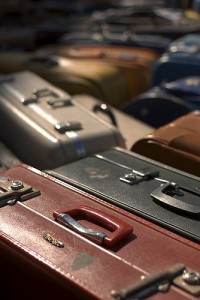 Compared to many large airports in the United States, McCarran International Airport in Las Vegas is fairly easy to navigate.

Terminal 1 is the main building at McCarran. Passengers can be dropped off curbside and picked up in a passenger drive through area. Most domestic flights and a limited number of international flights (if they’re done on domestic airlines) leave from Terminal 1.

Gates are navigable based on your airline:

All airlines in Terminal 1 check in at the same place. Security for A through D Gates is on the second floor. From there, A and B Gates are grouped together on one end of the terminal. C Gates are located on their own, and an automated transit system goes out to them, if you wish to ride that instead of walking. The D Gates are located in a different building altogether and can only be accessed via an automated transit system specifically for those gates.

If you need to get from Terminal 1 to Terminal 2, there is a shuttle bus that runs between the two buildings. At Terminal 1, you can catch the bus by exiting the building by the luggage pick-up area and crossing the parking lot past where the limos park. Terminal 2 pick-up and drop-off is in front of the building.