The idea of visiting Las Vegas can be romantic and exciting, nerve-wracking and dreadful. Sin City has a reputation and perception unlike most other cities in the world, and travelers who visit Las Vegas are often leave feeling overwhelmed, entranced, disappointed and lucky … among many other emotions.

As you begin to plan your first trip to Las Vegas, keep the following tips in mind in order to manage your expectations, save the most money, make the most of your time and leave the city with plans to return again sometime soon. 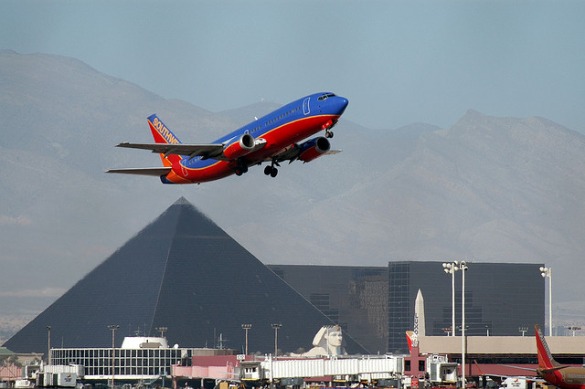 There are several flights that arrive in Las Vegas every day, so finding a seat on one of these airplanes shouldn’t be a problem. If you are flexible with your travel plans, consider arriving during the week in order to avoid chaos at the McCarran International Airport. Traveling during holiday seasons and major Las Vegas conventions also results in busier conditions.

Begin searching early for cheap airfare. If you are interested in being in Las Vegas for a major holiday, such as New Year’s Eve or Halloween, you absolutely must book your room early in order to ensure you’ll have a place to stay. Airfare during these busy seasons will also likely be more expensive.

When deciding what time of year to visit Las Vegas, keep the following in mind:

Summer is exceptionally hot with daily temperatures reaching well over 100F. Pool clubs are open from the early mornings late into the evenings, and some of the clubs offer outdoor concerts in the evenings. If you are interested in golfing or pursuing other outdoor-related activities, you must do so early in the morning as the heat is often too intense to enjoy these things past noon. Memorial Day weekend and Labor Day weekend are two of the busiest times for tourism in the city.

Many people like to visit Las Vegas in the winter to escape the cooler temperatures in the northern United States, but it’s important to realize that the city does receive chilly weather as well. Though snow is unlikely (and mainly contained to the mountains, if there is any), daytime temperatures usually hover in the mid-50s. Nighttime lows can drop below freezing. Christmas and New Year’s Eve are very busy times in Las Vegas. If you hope to visit over either holiday, make plans well in advance for accommodations.

Las Vegas locals often find spring and fall to be the most attractive seasons in the city. Visitation is usually slower in January through mid-March with a spike in tourism over Valentine’s Day. During this time, some shows go black for a few weeks, so if you’d like to see a certain performance, check in advance to make sure it’s showing. If you want to come over Spring Break, be aware that there is an influx in college-age students. Nightclubs will be packed.

After Labor Day, pool clubs close or have reduced hours. Temperatures drop slightly, but there are generally more rooms available and, therefore, rates are lower. If you’re interested in checking out the local Las Vegas scene, check for information about events going on around the city as there is an influx of festivals and activities in the fall. 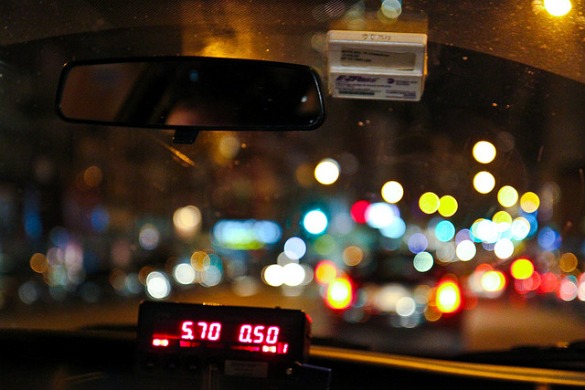 The main attractions in Las Vegas—the Strip and downtown—can easily be explored on foot, by bus, via taxi and through the use of the monorail systems. From McCarran International Airport, you can get to your hotel via taxi, shuttle, bus, limo or pre-arranged transport. Taxis are available at all hours of the day; you’ll pay an extra fee for picking one up at the airport. Limos are more expensive but they provide a fun way to begin your vacation in Las Vegas.

A variety of shuttle companies offer service for drop off along Las Vegas Boulevard and into downtown. You’ll pay by person. This is usually more cost effective than a cab, but be aware that you’ll pay a different amount based on where you’re going. If you’re going to Mandalay Bay, prices will be cheaper; as you move north up the Strip and into downtown, you will pay more for the ride. If you’d like to catch the bus, check the bus schedule and route as you’ll likely have to change buses a couple times to reach your destination.

Though the Strip looks easy to navigate by walking, those tall buildings can be deceiving and it is actually four miles long. If you plan to walk, wear comfortable shoes and drink plenty of water to stay hydrated.

There is an extensive and growing bus system in Las Vegas. If you are staying on Las Vegas Boulevard, you’ll be utilizing the Deuce, a double-decker bus that runs 24 hours a day and costs $7.00 for a 24-hour, all-access pass. If you don’t want to wait for a lift, you are welcome to catch a ride in one of the hundreds of taxis in Las Vegas. Drivers cannot stop curbside to pick you up, so you’ll need to duck into one of the valet areas of the hotels to catch one. You will pay by the mile.

Las Vegas doesn’t have a well-developed monorail system, but there are a few short trains that can give you a bump to get you moving in the right direction. The free monorails in Las Vegas run from Mandalay Bay to Excalibur, Bellagio to Monte Carlo and Treasure Island to the Mirage. There is also a more extensive monorail train that runs from MGM Grand to Sahara. This one costs $5.00 for a single ride.

If you want the freedom to move around Las Vegas and beyond the city’s borders for day trips, consider renting a car. Many companies offer rentals in Sin City. It is free to park in the hotel parking garages on Las Vegas Boulevard. You’ll likely have to pay or get validation when you park downtown. 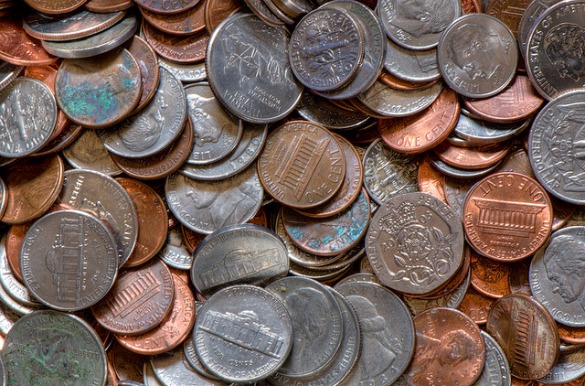 Las Vegas is all about money, but you don’t have to spend a ton to enjoy the city. Just like with any other trip, make a budget before you go and stick to it. It’s easy to overspend in Sin City, so it’s important to know your financial limitations before you step foot on the casino floor.

Though prices fluctuate depending on the time of year you travel (and whether you’ll be in the city over a specific holiday), hotel rooms start at below $50.00 per night for basic amenities and increase to several thousand dollars for luxurious suites and villas. There are three hostels in Las Vegas, though the price of staying in one of these is often rivaled by the less expensive hotels on the Strip and in downtown Las Vegas. Search for the right accommodation and select one that fits within your price range and offers convenient transportation options. Be aware that nearly all hotels charge a resort fee, which ranges from $5.00-$25.00 per night except for the properties owned by Caesars.

Dining on the Strip is more expensive than elsewhere in the city. Most hotels have fast food joints as well as high-end, fine dining restaurants, so prices for meals range from a few bucks for a burger to several hundred dollars for a prix fixe meal. Expect to pay about $6.00-$10.00 for a beer and $10.00-$15.00 for a cocktail.

There are few drinking water fountains along the Strip (though the water is safe to drink if you fill a bottle from a bathroom tap). Bottled water is for sale from $1.00-$2.00 per bottle.

Take advantage of player’s club cards that provide free game play in the casinos, but know when your free money runs out and you’ll need to pay from the pocket. In order to control spending in the casinos, take what you’re willing to spend in cash and leave all credit cards in your hotel room.

Entry into nightclubs generally ranges from $15.00-$30.00 per person, depending on celebrity guest appearances, special events, holidays, day of the week and whether you’re a guy or girl. VIP or table service often costs more. Drinks and bottle service in nightclubs is much more expensive than elsewhere in Las Vegas. 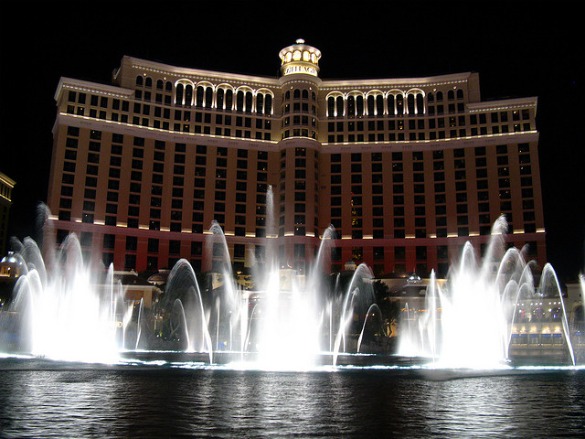 When it comes to filling your time in Las Vegas, you have no shortage of options. The city is known for its wining and dining as well as its shows. Nightclubs are a big hit, and the casinos attract serious gamblers as well as recreational players. There are also several shopping venues, and wandering through the hotels themselves is an attraction in and of itself. Don’t forget to people watch as well!

For those visiting the city for the first time, there are a few must-do activities. Watch the fountains of Bellagio dancing at night. See a show. Eat in a nice restaurant (or something beyond fast food) at least once during your stay. Wander around New York New York, Paris and the Venetian.

If you have more time in Las Vegas, consider getting out of the city for a day trip to a nearby attraction such as Red Rock Canyon or a national park. Hoover Dam is also nearby. 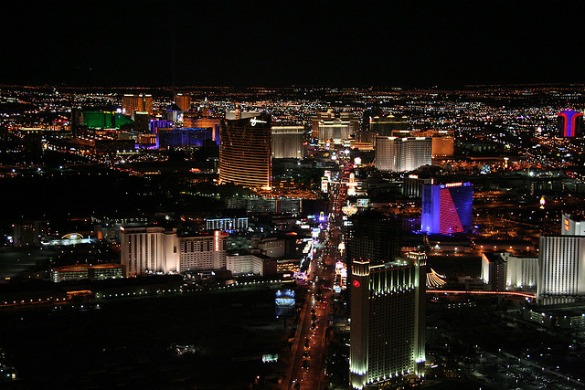