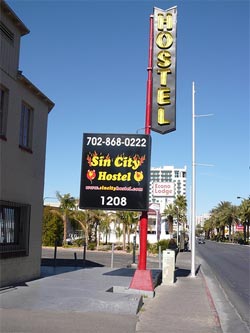 The Sin City Hostel was the first of the three actual Las Vegas hostels to convert itself from a dying motel into a full-blown place for backpackers and other budget travelers. There’s a lot to like about this place, but you don’t want to get sucked in by the advertising claims without realizing there are is a downside as well. Yes, this is one of the two hostels located on the Las Vegas Strip, but that’s only technically true because this part of “The Strip” is nothing to brag about.

Before we get into the many positive things, we’ll discuss the major downside to this place, which is also shared by the other two Las Vegas hostels. The locations for all of them are really poor. The Sin City is on a section of Las Vegas Blvd. South that used to be kind of seedy, and has actually gotten worse. The Strip has gotten much bigger, better, and nicer in the southern area, and this is north of the northern border, which means it’s in an area that time forgot. It’s not like there are gunshots all night and gang fights out front all day, and it’s probably relatively safe as long as you are paying attention. It’s more that with the exception of a few possibly interesting restaurants, this whole part of town is dominated by closed businesses and places catering to the bottom rung of society, and not in a cool or edgy way.

So as long as you take into account that virtually nothing you’ll be interested in is within walking distance, this is an okay area. One positive thing is that public transportation in Las Vegas is actually fairly good now that the private Deuce Bus Company has started regular runs up and down the Strip. There is a bus stop very close to the hostel, and from there you can catch a ride at any hour of the day to any hotel on the Strip, or even to Downtown Las Vegas in the other direction. If you’ve got a car this area is okay, but still not as good as being in a prime Strip location where you can walk everywhere. 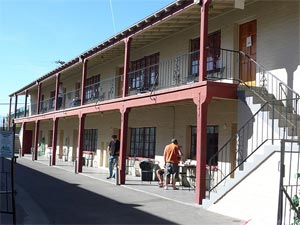 This is a relatively small hostel with pretty good facilities, so it’s easy to make friends here. There’s a nice lounge area and a pool table, so if you are in the mood to hang around the hostel you are in decent shape, and they also have BBQs and other little events most evenings, which makes meeting other guests even easier. It’s a pretty chilled place that is meant for international travelers, so the normal hostel crowd will be quite happy here.

This place was a Las Vegas motel not too long ago, so the hostel rooms are all former motel rooms with either 2, 4, or 6 beds in them. It appears that their “semi-private” rooms each have two beds that can be booked individually or together, and the bed price is the same as for the other rooms. If you are coming as a group of 2 then they are a great deal unless you’d actually prefer to meet and sleep near strangers.

Beds at the Sin City range from $18 to $24 per night, depending on season and night of the week, but in the 3 days just before New Year’s Eve the prices about double and there is a 2-night minimum.

Book yourself into the Sin City Hostel Las Vegas 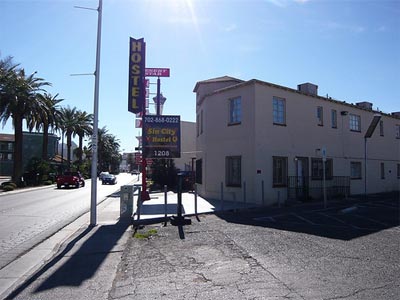 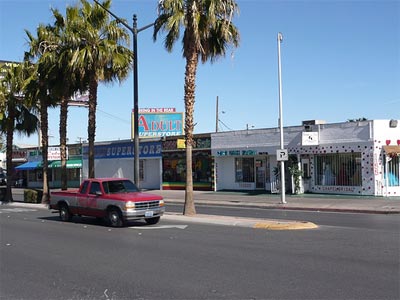 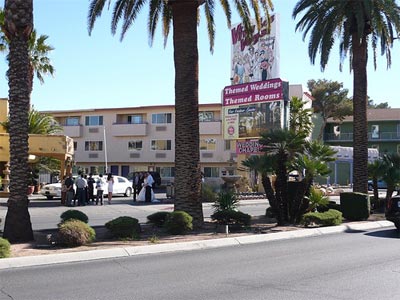