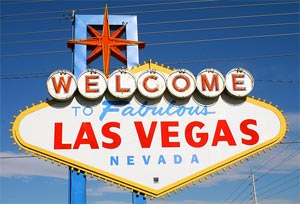 This Las Vegas travel guide has everything you’ll need to plan a Las Vegas trip in a way that you’ll maximize the fun and minimize the expense. This city is built for visitors and it’s not too challenging for most people, but if you do some research here before you book your trip and decide on what you want to do while in Las Vegas you can visit like a pro instead of someone visiting their first time.

Flying to Las Vegas is quite cheap and easy from most places since the city is a major hub for several airlines and a major destination for pretty much all the others.

Often you can get great deals by combining a cheap flight with a cheap hotel. This isn’t for everyone, but it’s definitely worth checking on the prices of these deals so you can compare the prices of booking individually if you normally do it that way.

Renting a car in Las Vegas can be a great idea or a terrible idea depending on your goals. This city is actually quite easy to enjoy without renting a car if you just want to see different places on the Strip and take a peak at Downtown. But if you want to get out of the main hotel area and see some of the desert scenery not far away, renting a car can be totally worthwhile.

Las Vegas calls itself the Entertainment Capital of the World and in the last decade or two they’ve built so many new theaters and clubs that it’s hard to argue over that name.

Of course the most common thing to do in Las Vegas is gamble, but if you’ve never been before some of the games can be a bit confusing and intimidating.

Las Vegas used to be all about 99-cent shrimp cocktails and $4.99 dinner buffets, but in recent years the city has become one of the world’s finest dining destinations. The cheap shrimp cocktails and buffets are still here, but now you also have many choices of acclaimed restaurants featuring top chefs, and even some of the finest restaurants in the country if you’ve got a bit of money to spend.

>> more information on eating out in Las Vegas

Las Vegas also calls itself the Wedding Capital of the World, and with about 120,000 ceremonies each year it’s the top city in the United States at the very least. Traditional ceremonies are the most popular, but oddball theme weddings get most of the attention.

Especially if you’ve decided not to rent a car, you’ll want to know the best ways of getting around town. Don’t get trapped in your own hotel the whole time because it’s easy and cheap to move around Las Vegas if you know how to do it.

In recent years Las Vegas has become a big Spring Break destination for students and others. It’s true that people need to be at least 21-years-old to gamble, but you don’t need to be 21 to hang out at the excellent pools and have parties in the rooms and other places on the Strip, so those weeks tend to get crowded here.